Presented by Highway Africa and the Partnership for Social Accountability (PSA) Alliance, the award recognises journalists from Malawi, Tanzania, Mozambique and Zambia whose investigative reporting on social accountability has contributed to improved services in public health and agriculture, particularly in the areas of HIV and sexual and reproductive health and rights (SRHR), and food security.

Ponjeâ€™s article â€˜Private Hospitals Breach Government Pactâ€™, published in the Malawi News, a newspaper of the Times Group, on 4 February 2017, documents how privately run clinics and mobile clinics are breaching their contracts with the Ministry of Health. The clinics order drugs from the district health office and also demand fees from patients for under-five and maternal health services, which are supposed to be free. The situation has reportedly contributed to the depletion of drugs for publically run health facilities.

â€œPonje successfully draws upon and weaves together multiple sources of information, including documentation from the district council, input of officials during council proceedings, and interviews with the Ministry of Health,â€ stated Highway Africaâ€™s Director Chris Kabwato. â€œHis reporting provides insight into a critical issue of social accountability in the use of public resources, which has affected both health budgets as well as the provision of affordable services.â€Â Â

Â â€œThe news media have a critical role to play in holding governments to account for the provision of quality public services,â€ said Rachel Gondo, Senior Programme Officer at Public Service Accountability Monitor (PSAM). â€œPonje has clearly shed the spotlight on the need for governments to closely monitor and regulate the services provided by privately-run but publically-funded health facilities, both in Malawi and across southern Africa.â€

SAfAIDSâ€™ Deputy Director Rouzeh Eghtessadi applauded Ponje for interrogating the provision of sexual and reproductive health services at local clinics. â€œWe need more journalists who are willing to delve into the real-life challenges people face in accessing health services, in an unsensational and discriminatory manner. Without such reporting, mismanagement of scarce public resources goes undetected, resulting in a decline in the quality and effectiveness of healthcare services.â€

Ponje, 28, now a special projects reporter at the Nation Publication Group, joined the mainstream media in 2014 after graduating as a teacher from the University of Malawi. â€œReceiving this award is going to motivate me. It shows that people are recognising the efforts we put into our work. Iâ€™m in the early years of my career and this will give me the confidence to work on these issues [of social accountability] going forward,â€ said Ponje.

Ponje applauded Highway Africa and PSA Alliance for initiating the award. â€œWith awards like this, journalists will be more motivated to track how public funds are being utilised. And, at the end of the day, some of these problems might be history.â€

Partnership for Social Accountability Alliance is led by ActionAid International together with Public Service Accountability Monitor (PSAM), Eastern and Southern Africa Small Scale Farmersâ€™ Forum (ESAFF), and SAfAIDS, and supported by the Swiss Agency for Development and Cooperation (SDC). 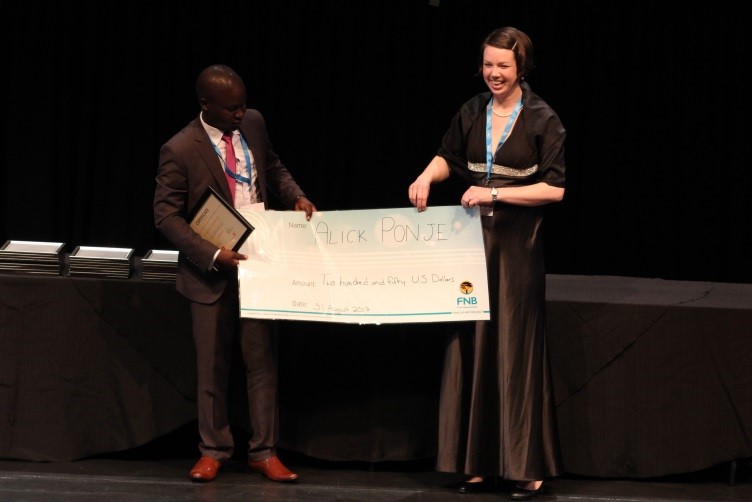 SAfAIDS Statement on International Day of the Girl Child (IDGC