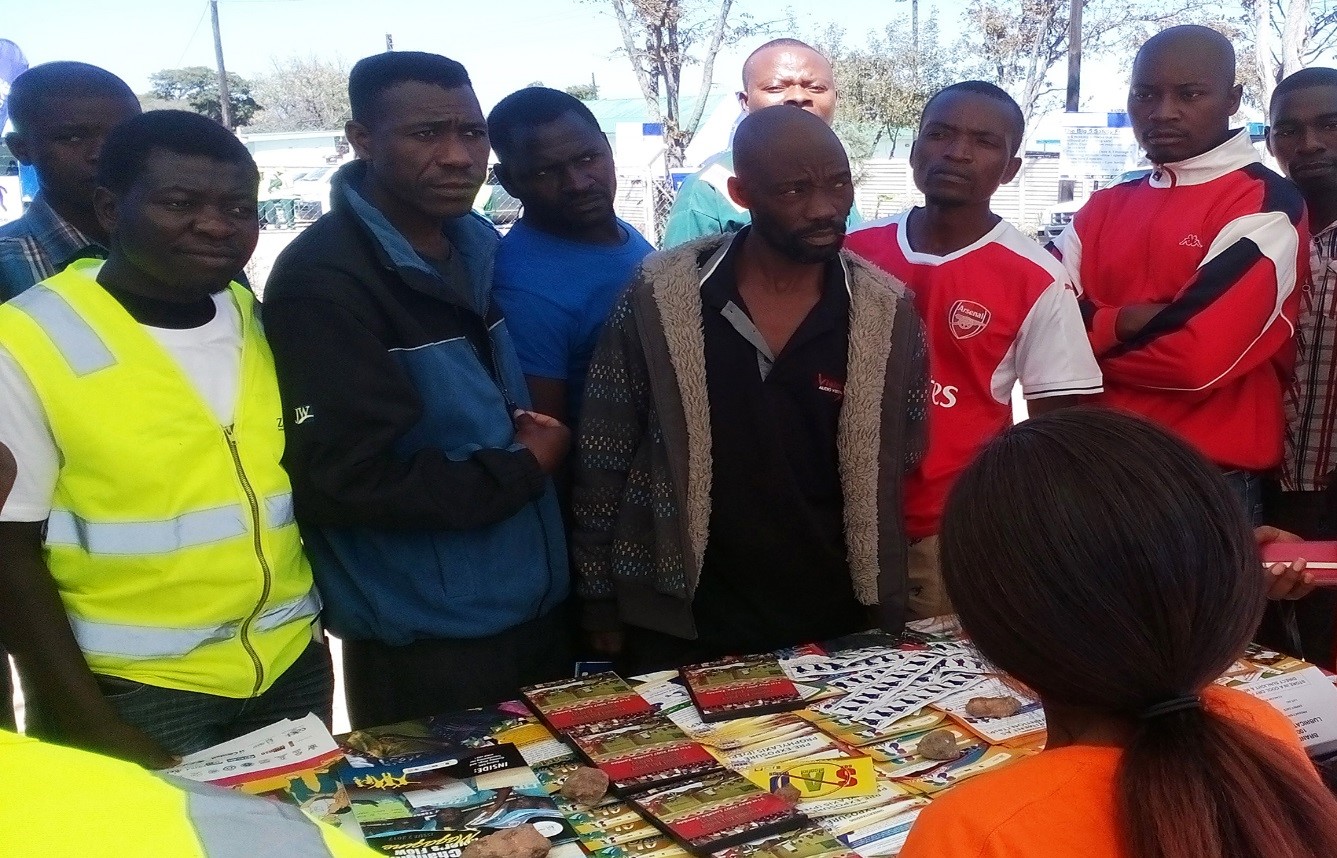 Through the discussions, men came to the realisation that they have a critical role to play in addressing gender based violence in their homes with one men noting, â€œThanks to this conversation, l believe man to man talk has a positive impact in changing our behaviours. We tend to understand the importance of being fathers and taking care of our families through such conversations as men. It wouldnâ€™t have been the same if the message was coming from womenâ€.

Men however noted that there are some men who still feel embarrassed to report their own cases of abuse to the police. These women are killers, in our country Zambia women are massively abusing men even at gunpointâ€™â€™, said one of the men from Zambia. â€˜â€™Because of our status as men we cannot report abuse to the police. Society expects a real man to solve his own family affairs. Taking any issue especially of a man being abused shows the man as weakâ€™â€™ noted one of the fathers.

SAfAIDS used the opportunity to have long and fruitful discussions with most men to understand issues of GBV and how to address such issues in their communities. The men Â were encouraged to have their own fatherhood clubs and share such issues at men gatherings so that they educate each other in understanding positive parenting.

SAfAIDS Statement on International Day of the Girl Child (IDGC